Understanding Los Angeles real estate is part boots on the ground, part common sense, part historic trends and part looking at the data. Immigration to Los Angeles is the number one factor that affects change and values in neighborhoods. The immigration 30-50 years ago was young people looking for a new life, then overseas nationals and central american immigrants, then Asian, Middle Eastern and Eastern European refugees and peoples looking for a better life. We live in a city that keeps changing. So, it’s not so much love they neighbor as try to understand who the new neighbor is that is moving in and how they will change your area over the next 10 years by either overwhelming the existing residents with a new direction or blend in slowly until the old guard moves on. Either way the place you live in today will change in 10 years so either be a part of the change or consider moving somewhere else…. keep reading… here is the article and data. Adam

Most are in the San Gabriel Valley or on the Westside, markets driven by Asian buyers and the tech industry. Still, many areas remain well below their pre-recession highs.

In some corners of the Southland, it’s as if the housing crash never happened.

Home prices in a dozen Southern California ZIP Codes have passed their peaks during the housing bubble, according to research firm DataQuick. Most are either in the San Gabriel Valley, a magnet for buyers from Asia, or on the Westside, where the technology industry is booming.

Across the region, home prices remain far below their peaks despite an explosive run-up in the first half of 2013. But nominal prices in some affluent neighborhoods have entered uncharted waters.

The return of bubble-era pricing could foreshadow a spillover effect, experts said. As buyers get priced out of prime areas, they may look to adjacent neighborhoods — juicing demand there and pushing up prices.

“A lot of the action is at the higher end of the market,” said Christopher Thornberg, founding partner at Beacon Economics. “That is what is driving the show.”

Many other regional markets have stalled since last summer. Higher prices and mortgage rates, along with a shortage of homes, have turned off many would-be buyers. Sales have tumbled overall, but they continue to climb in wealthy communities.

Of the 12 ZIP Codes where the non-inflation-adjusted median price has passed its bubble-era peak, six are in the San Gabriel Valley and one is in affluent Irvine. All are hubs for buyers from China looking to move to the U.S. or invest here. Another is ritzy Los Feliz, where homes near Griffith Observatory command top dollar.

Four other areas are on Los Angeles’ Westside, in Venice, Palms, Mar Vista and Culver City. Buyers from the area’s burgeoning technology industry — known as Silicon Beach — have fueled price increases, along with broader gentrification.

Despite steep prices, experts don’t see a bubble forming in these areas.

“There are important, fundamental reasons that prices moved up,” said Stuart Gabriel, director of UCLA’s Ziman Center for Real Estate.

The neighborhoods are near job centers, the urban core and, often, good public schools, Gabriel said. The areas have also recovered faster because prices there simply didn’t fall as steeply as in other areas during the crash. And each has unique factors driving the current price growth.

In the San Gabriel Valley, an influx of Chinese buyers has shifted the market into overdrive, real estate agents say. Many Chinese see U.S. real estate as a solid investment, cheaper and more stable than in China.Others buy homes with their children in mind, seeking cleaner air and solid schools.

An epicenter for previous waves of Asian immigration, the valley is a natural landing place.

In Arcadia’s 91007 ZIP Code, the median sale price for a previously owned house reached $1.33 million last quarter — 30.5% higher than its peak in 2007. In the city’s 91006 ZIP Code, prices are 23.7% higher. Other areas with nominal prices exceeding their peaks, though less dramatically, are Walnut, Temple City, San Marino and a ZIP Code that covers parts of San Gabriel and East San Gabriel.

On the Westside, the arrival of hip cafes and other amenities catering to tech industry workers has, in turn, attracted others to these areas.

In rapidly gentrifying Venice, the median price in the fourth quarter of 2013 was $1.34 million. That’s nearly 3% higher than during the bubble and 84.4% more than the bottom during the crash.

That spillover is welcome news for current owners looking to build home equity. Some have cashed in, selling to developers who have built larger, new houses with affluent buyers in mind.

But not everyone benefits from the surge in prices. 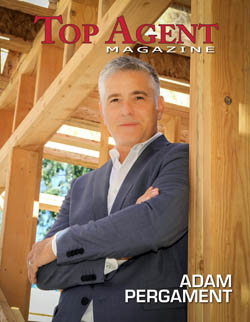